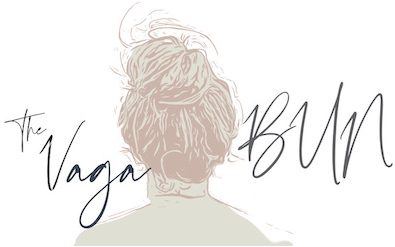 Key West itself is a small beach town filled with houses, churches, schools, an airport, and a runway of large American companies like Home Depot, and Ihop. But down near Duval street which is where most tourists stay is all about food, drinks, and clothing shops with some local art shops in between.

Duval street is the name of the street that is lined with shops all the way down it – beginning one end with Southernmost Point to the other end Mallory Square – putting it at 1.1 miles long.

We were in Key West for 5 days and ended up hanging near Duval street for most days. We are HUGE foodies and coffee lovers. So it was so nice to just unwind, walk down Duval, shop around for a new bikini, try to find the best local art to take back home with us, and sip on a beverage along the way!

This isn’t a place but an excursion to do!

We have a thrill for watersports and have been wanting to try it all for awhile now.

While in Key West, we stumbled upon a Fury info booth down Duval street. They have 5+ booths down Duval street. So if you’re interested, either book it online or keep an eye out for one of their booths! There are two major watersport companies out there – Sabago and Fury. We did our excursion through Fury and loved it!

We did their 6 hour excursion that allowed us to do it all – seadoos, water bouncy house, snorkeling, banana raft, parasailing, came with 2 meals and free unlimited wine/beer on the way home for $189/person.

We were able to purchase our parasailing photos for $40 during the excursion, super worth it as I’m sure you can tell from the above photos!

Tip: Their workers are amazing! & they do collect tips during and at the end of the excursion. I’d keep some cash in your bag if you can. They’ll appreciate it and earn it

My husband did this museum on his own while I took some alone time to just relax in our lovely bungalow 🙂 You can read more about where we stayed in this post. My husband is a fan of Ernest Hemingway and was super excited to see this house! It’s 16/adult and is cash only.

I asked him how he liked the tour and he said you could do without it. It’s mainly known for the wild cats that still live there. Hemingway got a 6 toed cat originally from a sea captain named Stanley Dexter. Now a days, there are 6 cats that call this house their home. They’re free to roam around and leave if wanted, and they do get seen by a veterinarian routinely. A cool part about the museum is if they are laying out in the open, you’re free to pet them 🙂 I still mention it so you know what your options are 🙂

We didn’t actually visit it but it’s a huge photo attraction. Lots of people say to get there early so there isn’t a line but it’s the southern most point of the US. It’s located at the Southwest side of Key West

Mallory Square once was a harbor for pirates but later became an anti-pirate spot to protest the activity of pirates. Now, it’s known as a social area of Key West known for musicians and local artists. It’s a great place to see the sunset, grab dinner at a restaurant with live music.

We didn’t visit because it sounds like the flamingos have to stay here which is against our morals but it looks beautiful! It’s a large green house filled with butterflies and multiple flamingos – which Key West is known for.

Flamingos are commonly seen in Cuba which isn’t too far from Florida. So you can also see them in Key West if you’re there at the right time. They are said to be in the Everglades National Park during winter months and sometimes during spring months of March to May.

I hope you got some ideas for your Key West trip! If you have other favorite spots in Key West, leave a comment so we know what to check out next time as well as our fellow followers! & if you are still feeling stuck on how to begin planning your trip, read this post for some guidance!

One thought on “Top 5 thing to do in Key West, Florida”